I swing to the left. Totally. I am all for equal rights. I am for gay marriage. I am pro a woman’s right to choose. I was hoping for a public option and I am against revising the 14th amendment.  I am a scary progressive, and in Texas I can feel somewhat alone when I watch the local news.

I then felt it right to react to the source…to perhaps open a dialog. So I responded to @tmarnette with the following sequence: 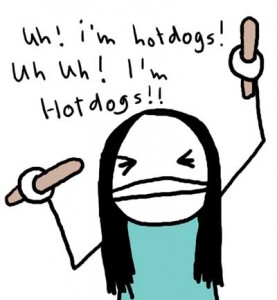