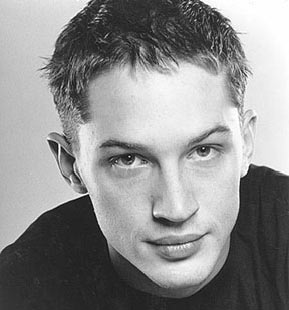 A couple of weeks ago we received this letter :

I’m not caught up on Secretly Timid… and you may not want to explore the following topic as a blog… I don’t think I could do it justice because I’m not a gay man, but I think it’s an excellent topic to explore.

There’s been an explosion of Leonardo DiCaprio and Joseph Gordon-Levitt as a result of Inception.  I am not seeing that as much with Tom Hardy.  My question to you is… do you think, even as open as we have become in society and acknowledging there’s still far more to go, that his common sense and honest approach to exploring his sexuality, has led to a quieting down of his role in the movie?

I’m asking because before I saw the movie, I saw Ellen Page everywhere and Marion Cotillard, as well as Robert Fisher, Leo, and JGL, but hardly any mention of Tom Hardy.   I know Ellen Page has questions of her sexuality, but a lipstick lesbian is sort of a turn on to straight men and less threatening to mainstream as a gay man.

I mean, let’s face it… even as accepting as Hollywood may be, they still have to play to Middle America and Red America, and so, while gay may be acceptable as a “role”, but gay actors do still have to be pushed back into the closet, as well.

Our listener (who I hope is now all caught up) is referring to this interview with NOW magazine from this past July. Here is the meat (no pun intended) of the interview :

But asked if he’d ever had any sexual relations with other men, the broody actor said: ‘As a boy? Of course I have. I’m an actor for ****’s sake. ‘I’ve played with everything and everyone. I love the form and the physicality, but now that I’m in my thirties, it doesn’t do it for me.

This admission caused a mild stir in the tabloids. So, are we to believe Hardy is bisexual? I don’t think so. I interpret him saying “it doesn’t do it for me” to mean that he identifies as heterosexual. I know plenty of gay men (myself included) who have had sex with women and still identify themselves as gay men. Why can’t the same be said for straight men? Also, he explains that this happened when he was younger which is a natural time for sexual exploration. Let us also not forget that Hardy is European, and Europeans have less hang ups when it comes to sex. If you ask me, I think American men have had similar experiences and have chosen to keep mum about it for fear of being labeled “fag.”

I believe that Hardy didn’t make the same rounds on the media circuit like Gordon-Levitt, Page or DeCaprio because Hardy isn’t a household name…yet. Cillian Murphy (drool) was also absent…so perhaps it was more of a regional thing…or maybe Hardy was working on another film. I don’t know the ins and outs of Hollywood, but I thought actors were contracted to do press, so perhaps Hardy wasn’t contractually asked to appear on Leno or Kimmel.

One thing I do disagree with the listener on is how “accepting” Hollywood is. It isn’t. A lot of my friends are actors, and I know some whose star is on the rise and are privately gay. They cannot come out of the closet. Sure, we can honor Neil Patrick Harris and his husband…but he didn’t come out publicly until he reached a level of success where he was o.k. either way.

Lipstick lesbians are accepted in our society- the Portias. For Ellen to be accepted she has to appear asexual. More butch lesbians are a dime a dozen on television, and most lesbians I know fall under this label.

The listener does bring up a good question. Why are gay men viewed as “threatening?” By “gay men” I am insinuating that the reader means “flamboyantly gay men.” Sadly, the flamers are also discriminated against within the gay community. I know too many gay men who pride themselves as being “straight acting” or “masculine” or even state that they hate our flaming brothers. I remember being at a bar arguing with another gay guy because he thought Adam Lambert was doing a disservice to the gay community by being so flamboyant. I don’t know why butch lesbians and flamboyant gay men are treated the way they are by our society, but I applaud them for having the courage to be themselves.

To bring this discussion back to Hardy…I think he is a great actor and easy on the eyes. He will be a household name in the States soon enough.

This was really a great letter and I am interested in reading your response as well.

If you would like to send us a letter, you can send your letter to [email protected]

And please let us know what you think by commenting.